You are here: Home / News / Iowa cities and counties to get relief funds for road work 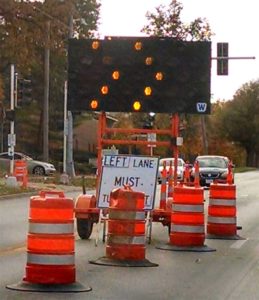 The Iowa Transportation Commission has approved a plan to spend nearly $122 million in federal pandemic relief funds that were approved in December.

The Department of Transportation’s Stuart Anderson says the money is targeted at road repairs and related issues.

“Five million of that will be set aside for a one-time application-based program for trails programs across the state,” Anderson says. “And that’s because this funding that was allocated to Iowa was intended to cover lost state revenue due to COVID-19. And trail funding was impacted by COVID-19.”

The loss in funding came from a drop in traffic on the roadways and taxes paid for fuel. Anderson says they will use the same formula for distributing the regular road-use tax funds to dole out the pandemic relief funds.

There are some 945 cities that will get 20% of that funding. “For cities, it’s very straightforward — it’s in proportion to each city’s share of the total municipal population in the state. So, it’s strictly on a per capita basis on how it’s allocated to cities,” he explains.

The state will get the remaining 47.5% of the money. Anderson says they are projecting the loss in funding for the state at about $50 million. “So actually this relief funding will more than cover the revenue that is lost in this fiscal year,” Anderson says. “We are expecting that there will be covid impacts in state road funding beyond this fiscal year.”

The state saw a 40% reduction in travel last April at the height of the pandemic — but Anderson says it rebounded so January of this year was only about 5% below last January.

He says the changes brought on by the pandemic are expected to continue having an impact on road use tax revenue. “I think we expect there will be a longer-term reduction in travel — which is directly correlated then to a reduction in fuel tax revenue. Just as we think there will be some longer-term changes in
telework patterns, even longer than the pandemic,” Anderson says.

He says the state, counties, and cities are required to use the pandemic relief funds for road construction or maintenance projects.