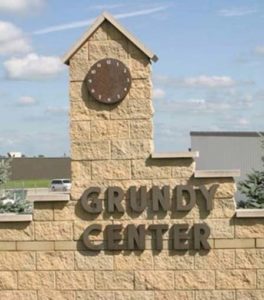 More than five dozen Iowa child care facilities are splitting $13 million in grants and state officials estimate 4000 more child care slots will open up as a result. The Grundy Community Preschool and Child Care Center in Grundy Center is getting a $97,500 grant.

“This money will allow us to start interior work this spring on added additional classrooms, a new commercial kitchen and laundry room,” said Melody Hoy of Eldora.

She leads the non-profit that’s worked on the project to restore a former elementary school into a “kids campus” in Grundy Center.

“The school building was built in 1939 as a high school and operated as such until the late 1950s,” Hoy said. “It was then home to the junior high, which I attended, and lastly as the upper elementary for fifth and sixth graders until the early ’90s.”

Since then, the only licensed child care program in Grundy Center has operated in the building, along with YMCA before-and-after-school programs. Hoy’s group is raising money to renovate the entire building, so current tenants will remain and a community day care will be able to move in.

An anonymous donor kicked off the project with a $500,000 million donation and Hoy’s group has been fundraising during the pandemic, which she said has been a challenge. The grant for the Grundy Center project and the 63 other grants awarded this week come from last year’s state allotment of pandemic relief money. One million went to community projects to start child care facilities. The other $12 million went to new or existing child care centers and can be used to buy equipment and supplies or for hiring and training staff.