You are here: Home / Sports / Will Drake go dancing? 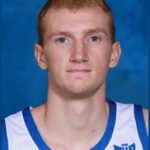 The wait is almost over for the Drake basketball team which will find out Sunday if it will be part of the NCAA Tournament. The Bulldogs are 25-4 but need an at-large bid after losing to Loyola in the championship game of the Missouri Valley Conference Tournament.

Drake has not been to the tournament since 2008.

“I think are chances are very high,” said junior guard Garrett Sturtz. “We are just waiting to see if we get selected but we are very optimistic.”

The Bulldogs raced out to a school record 18-0 start but the depth that was a key part of that start vanished with two key injuries. Leading scorer Tank Hemphill had foot surgery after being injured in a February 10 win over Northern Iowa and point guard Roman Penn suffered a season ending foot injury in a February 21 win over Evansville. Hemphill could return to action next week.

If the Bulldogs see their name called it would be the first at-large bid in program history and fulfill a dream for Sturtz.

“It is what every basketball player growing up wants to play in and I can’t believe I am this close to playing in the NCAA Tournament.”

-Chris Varney at KGRN contributed to this story