You are here: Home / News / Winter weather not ready to sign off for good 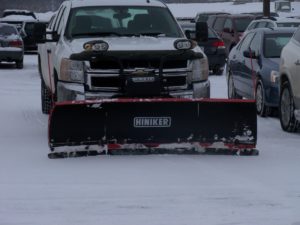 Tulips and daffodils are already pushing out of the ground and some Iowa cities set record highs in the 70s this week, but evidently, winter isn’t done with us yet.

Parts of Colorado are getting walloped with a late winter storm this weekend that’s threatening to drop up to four feet of snow, and meteorologist Alex Krull at the National Weather Service in metro Des Moines says Iowa could see the remnants of that system.

“We’re actually expecting the onset on Sunday to produce some heavy rain showers. Mainly those will be confined to southwest Iowa, and we could see anywhere between one to two inches of liquid rain,” Krull says. “Then by early Monday morning, things will start to transition over to snow. It is possible for some areas, especially in northern Iowa, to see a couple of inches of snow.”

The calendar says spring is due to arrive a week from tomorrow (Saturday), but late-season snowstorms are always a possibility in Iowa. “Certainly not atypical but it’s not something that we have with a great amount of frequency,” Krull says. “In the last few years, we actually have had some snow as late as April 14th and 15th before that produces a couple of inches.”

The forecast high temperatures for many Iowa cities this weekend are a good 20 to 30 degrees cooler than just a few days ago, so the possible snowfall could catch a few people off guard, especially those optimists who already drained the gas from their snowblowers.

“One good thing is, this time of year, anytime we do get snow, because of the higher sun angle and the frequency of warmer temperatures, it usually doesn’t last very long when it’s on the ground,” Krull says. “It’s able to melt really quickly.”

He predicts high temps should be back up around their seasonal highs in the 40s and 50s by midweek.