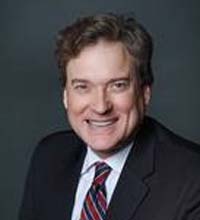 The debate over electricity versus natural gas as a heating source has reached the Iowa Capitol.

Berkley, California was the first U.S. city to ban natural gas hook-ups to newly-constructed apartment buildings and commercial property in 2019. A bill that’s cleared the Iowa House would prohibit that kind of policy in any city or county in Iowa.

“We know in some municipalities in the United States and even some of the attitudes in a few metro areas in Iowa, we’re concerned that there will be massive restrictions, impediments, regulations and prohibitions,” Jacobsen said.

Representative Chris Hall, a Democrat from Sioux City, said he lives in a home that’s heated with natural gas and grew up in a house that’s still heated with propane.

“This bill is aiming at a threat that I don’t believe has reached our borders as a state,” Hall said. “…We don’t have communities that are currently trying to prohibit natural gas or propane hook-ups for the future, frankly because we know that so many Iowans currently use those heating mechanisms.”

Sixty percent of Iowa homes are heated with natural gas and Jacobsen said this bill preserves that choice.

“I want to make sure that our children and grandchildren are warm in the winter, not clutching a sibling, dying of exposure,” Jacobsen said, “and sadly we saw this literally happen in Texas of late.”