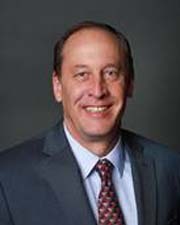 A bill that has cleared initial review in the Iowa House has the goals of expanding custom meat processing in Iowa and training more people how to property butcher beef, pork and other meats.

Republican Representative Chad Ingels, a farm from Randalia, said he got the idea last spring when local meat lockers were jammed.

“Now we’re extended out into 2022, 2023 as far as getting livestock processing at small lockers out across the state,” Ingels said. “A lot of interest from farmers wanting to get livestock into lockers or consumers or people who wanted to buy local meat kept getting put off.”

“The skills to work in a small locker are different, I think, than working in a meat processing plant on a line where you’re making the same cut on every carcass,” Ingels said.

The bill Ingels is working on calls for a task force to study whether it makes sense to expand Iowa State University’s already existing meat science program or set up an “artisanal butchery” program at a community college. Ingels and other legislators are hoping to extend state grants to new or expanding custom meat lockers. The Iowa Department of Agriculture distributed $4 million in federal pandemic relief grants to Iowa meat lockers last year.

“But through that process they found there was at least an additional at least $3 million in need,” Ingels said, “and so we’re trying to find a way to fill some of that need and I’m sure there’s probably even more out there.”

Nebraska lawmakers are considering grants for meat lockers with 25 or fewer employees. Wyoming has a law that lets ranchers butcher their own animals and deliver the meat directly to consumers who’ve purchased shares in their livestock.