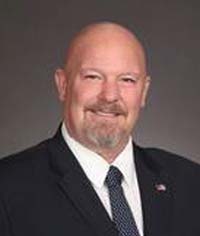 Republicans in the Iowa Senate have given final approval to a bill that would no longer require Iowans to get state permits for buying and for carrying handguns in public.

Senator Jason Schultz, a Republican from Schleswig, said the bill “fundamentally changes” the relationship between the state and its citizens.

“Currently, whether we want to admit it or not, our system of permits is one of mistrust. That means you can exercise a fundamental right, but you must prove yourself not guilty in advance,” Schultz said. “That’s not how America is supposed to work.”

“Eighty-five percent of the people right now aren’t thinking about guns,” Bisignano said. “They’re thinking about their life, their bills, their health — the things we aren’t really doing anything about.”

If the governor signs the bill into law, there will still be federal background checks for purchases at licensed gun dealers, but a state permit — and the required background check — would no longer be required for private sales of pistols and revolvers. Senate Democratic Leader Zach Wahls of Coralville said those background checks are working.

“A person can purchase of firearm from a private seller, without a background check and then carry it anywhere in public, without any firearms training in proficiency if this bill is adopted,” Wahls said.

Schultz said criminals aren’t buying their pistols from private sellers or at gun shops, but the bill does make it a felony to knowingly sell a gun to someone who cannot legally own one.

Senate Republicans have sent the governor a second gun-related bill that provides legal liability to companies that make guns and ammunition. Senator Nate Boulton, a Democrat from Des Moines who is an attorney, said people who are injured by a malfunctioning gun would have no legal recourse.

“You’re telling us that as long as the product wasn’t illegal to be made, there’s no liability when it causes harm from its defects,” Boulton said.

Schultz said the proposal prevents frivolous lawsuits from being filed.

“Making sure that backdoor gun control, people control gun prohibition schemes are not allowed to proliferate in Iowa,” Schultz said, “as they have not been allowed nationally.”

Schultz said he and other Republicans are concerned a federal law providing liability protection to gun and ammunition manufacturers will be repealed during the Biden Administration. The governor’s views on these two bills are unclear. A couple of years ago Governor Reynolds said she’d be open to legislators’ ideas, but Reynolds called current Iowa gun laws good policy.