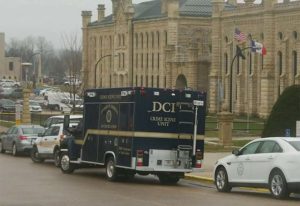 A guard and a nurse were assaulted and killed by an inmate at the Anamosa State Prison Tuesday.

State officials plan to hold a news conference this afternoon in Anamosa to discuss the case.

Last night, prison officials said due to the criminal investigation, they can provide only limited information about the incident. Here’s what they have announced: an inmate assaulted staff and other inmates in the Anamosa prison’s infirmary. It happened at about 10:15 Tuesday morning. The inmate was captured by other staff who responded, but the gravely injured nurse and correctional officer died of their wounds.

Governor Reynolds issued a written statement, offering her deepest condolences to their families, friends and co-workers. She promised the state will exhaust every available resource to deliver justice to those responsible. AFSCME Council 61 is the union that represents state prison staff. Danny Homan, the union’s president, said in a statement that he intends to do everything he can to honor the memory of two staff members who committed their lives to keeping our communities safe. Homan said he’ll have more to say about safety inside the state’s prisons as more information about the incident becomes available.

Over the past few years, the union has been calling on lawmakers to boost staffing levels inside the state’s prison system. Iowa legislators haven’t yet released their plan for next year’s budget for the Iowa Department of Corrections.