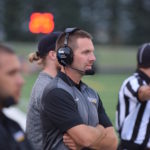 Dordt hopes to be the third team from the Great Plains Athletic Conference to take part in the NAIA football playoffs and that is why coach Joel Penner scheduled Saturday’s nonconference game at Panhandle State of Oklahoma.

The Defenders finished their fall season with a record of 7-2. Their only losses were by five to GPAC champion Morningside and eight to runner-up Northwestern.

Penner believes they need another win to have a chance at the playoffs.

“Our guys are worth this risk,” said Penner. “From a leadership and character standpoint this is the group of guys that can pull this off and we have a lot of confidence in our team.”

The playoff field will be released April 11th.