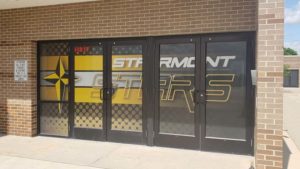 An employee of the Starmont Community School District in northeast Iowa is charged with assaulting a student.

The Fayette County Sheriff’s Office says they were called to investigate a report by school officials of an alleged assault by a teacher against a student on March 16th.

The bite left a red mark, some bruising, and teeth marks. Smith told investigators that she was role-playing when the incident occurred. Smith had been placed on administrative leave during the investigation.

She will appear in court on the assault charge at a later date.