You are here: Home / News / ‘Bottle Bill’ deal may be developing in Iowa House 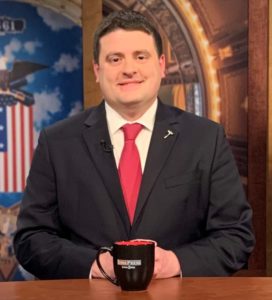 House Speaker Pat Grassley says resolving the impasse over Iowa’s so-called Bottle Bill has historically involved finger-pointing among the interest groups involved, but lawmakers may be nearing an agreement.

“If anything’s going to happen with the Bottle Bill, the legislature has to make a decision of what’s best for our constituents, what’s best for the long term viability of the program and just go forward,” Grassley says, “and the folks in the industry may not love that solution, but at some point we’re just going to have to do it.”

Grassley says a potential deal in the works would increase the amount of money for redemption centers. In addition, the requirement that grocery stores and other retailers that sell beverages accept the empties and pay back the nickel deposit could be waived.

“If you choose to make that business decision, it’s going to probably cost you some money to pay someone else to take those cans, because in the state one of the pieces that we struggle with is is it’s not enforced that everyone that sells that product has to take them back,” Grassley says, “so I think requiring everyone to take them back or if you don’t want to take them back, you would either have to contract with someone or pay an additional fee to get them out of your store.”

Grassley, who is entering his 15th year in the Iowa House, is the grandson of U.S. Senator Chuck Grassley and the younger Grassley says the elder Grassley opposes repealing the Bottle Bill.

“The only issue he’s ever weighed in on — as a constituent of mine, not because he’s my grandpa — he said: ‘Don’t get rid of the Bottle Bill,'” Grassley says, “so I can tell you, as speaker, I don’t think I could ever allow that to happen.”

Grassley made his comments this weekend on “Iowa Press” on Iowa PBS. The speaker addressed a wide range of issues during the half hour show, from tax policy to spending decisions. Grassley indicated a House committee is likely to debate a bill this week that’s designed to boost the use of ethanol in Iowa. Grassley said both Democratic and Republican presidential administrations have not always been the best friends of the ethanol industry.

“We need to stand up and send a message to the country that we’re going to do what we have to do in the state of Iowa to also promote the product,” Grassley said.

Grassley described the core of the bill as providing incentives to retailers to install new gas pumps that can dispense ethanol-blended fuels.

“We’re not making those complete investments, but being a partner in that, to make sure that we can continue to promote it,” Grassley said.

Earlier this year, Republican Governor Kim Reynolds suggested a proposed renewable fuels standard for Iowa to require all retailers to offer at least a 10 percent ethanol blend — and require any new pumps installed be designed to dispense fuel that includes ethanol. Iowa’s convenience stores and gas stations have lobbied against that mandate.