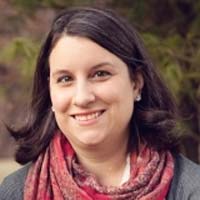 Two immigrant advocacy groups in Iowa are merging into one this week.

Iowa Justice for Our Neighbors and American Friends Service Committee-Iowa are joining forces to help immigrants and refugees.

Erica Johnson is the founding director of the new organization, Iowa Migrant Movement for Justice. She says many immigrants in the country are now more outspoken.

“That’s something that I don’t think we’ve been able to scale up to in Iowa,” Johnson says. “And so that’s been a dream for a lot of folks to really be able to build a movement in our state led by folks who are most directly impacted by these issues, who are Iowans.”

Both groups have served immigrants and refugees in the state for decades, providing legal services, leadership development and advocacy. Johnson says the merger has been in the works for about three years. She says they merged to meet the urgent needs of Iowa’s immigrants.

“Iowa doesn’t have a ton of immigration legal service providers at all, and then we’ve got even fewer that are affordable and high quality,” Johnson says. “So we want to meet that need by combining our two offices.”

The merger takes effect on Thursday. Johnson says she looks forward to continuing their efforts in making Iowa a more welcoming place.