You are here: Home / News / No spending decision yet, but House approves rules for broadband grants 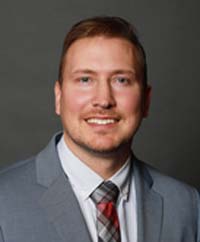 The Iowa House has unanimously passed a bill that establishes the guidelines for state grants to companies that extend broadband to areas of Iowa that lack adequate service.

“I think we can achieve our goal of connecting all Iowans, especially those stranded out in the broadband deserts,” said Representative Ray Sorenson, a Republican from Greenfield.

The bill specifies that most grants should go to companies that install broadband capable of download and upload speeds of at least 100 megabits per second. However, some grants could be used for lower speed broadband in rural areas. Sorensen said connectivity is crucial wherever you live.

“We want to be able to conduct our Zoom meetings, connect to our doctors and nurses via telehealth, increase the connectivity of our tractors and combines for precision ag or entertainment wise to stream our favorite shows and movies or unwind with a little Call of Duty or Madden on our PlayStation or Xbox,” Sorensen said, “all in our small towns or even out in our remote rural farms.”

Representative Dave Williams, a Democrat, is from Cedar Falls where there’s a municipal broadband utility and Williams just had his broadband speed at home upgraded to 250 megabits per second.

“I’ve been working on broadband since late ’90s, early 2000s back home in Cedar Falls when I was quoted as saying: ‘Broadband is an economic no-brainer,'” Williams said. “And it has turned out to be that way for Cedar Falls and I’m so glad to see us progressing at this rate for the entire state.”

The bill does not appropriate money for the grants. That spending decision will be made later according to legislative leaders. Senate Majority Leader Jack Whitver has said it will be a significant amount. House Speaker Pat Grassley said during an appearance on Iowa Press on Iowa PBS that it’s likely to be “around $100 million.” Governor Kim Reynolds in January asked lawmakers for $150 million in each of the next three years.