You are here: Home / Human Interest / Time to prep your lawn for spring

The grass is starting to turn green and a turfgrass specialist with the Iowa State University Extension says it’s time to begin working on our lawns.

ISU horticulture professor Adam Thoms says the first thing he does is to pick up all of those twigs, sticks, and other debris that gathered during the winter so it won’t get stuck in the mower or dull its blade.

“Now’s a great time to go ahead and fertilize your yard and start to get that grass up and growing for the year,” Thoms says. “We typically say to put out three-quarters of a pound of nitrogen per a thousand square feet for a rate.”

The stores are full of heavy fertilizer bags and they can be pricey. What ingredients should we be looking for in a fertilizer for the yard? “Really, the big thing is to try to find a slow-release nitrogen source,” Thoms says, “something that’s going to release over time so you don’t have a quick flush of growth, so that you’re not mowing-mowing-mowing like crazy in the spring because it all grew out at once.” 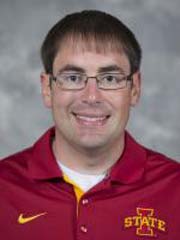 Some Iowans may be finding large grey spots in their yards, which he says can be fixed without too much trouble.  “Grey snow mold is a pretty common thing over Iowa this past winter,” Thoms says. “It’s from extended periods of snow cover which we had in the state. The best thing right now is to get out some fertilizer to recover out of it. Rake your yard to stand the grass up and let’s hope for warm weather to help it grow out of it.”

Now is also the time to hit those pesky weeds that seem to creep back every year.
“One of the most common problem weeds is crabgrass,” Thoms says. “That’s going to be controlled with a pre-emergent herbicide.

As long as you get that on April 15th through May 1st throughout the state, that will prevent the crabgrass from coming up.” If you’re planting grass this spring, he warns do -not- use any crabgrass prevention products as they’ll keep your grass seeds from germinating.