State officials say while millions of doses of Johnson and Johnson’s Covid vaccine that were produced at a Maryland plant are apparently ruined, they see no impact on Iowa’s shipments of the one-dose vaccine this week or next.

It means the four mass vaccination sites at four Iowa college campuses will go on as scheduled. Greg Christy, president of Northwestern College in Orange City, says his institution’s allotment next week is 500 doses.

“With these college student now in their last month or so of class, we’re excited to get as many of them possible vaccines before they head out of the summer, wherever they may be going,” Christy says, “so our plan is to set up vaccine clinic here on campus late next week for our students and encourage as many of them as possible to participate.” 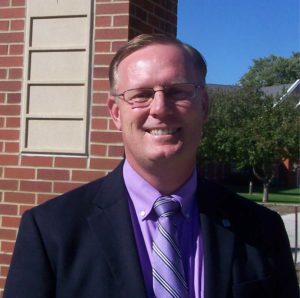 The vaccination clinic will be set up in the former library that was converted into a student center on the Orange City campus. Christy says all students are eligible.

“It’s a first-come, first-served basis,” Christy says. “They just need to bring a copy of their insurance card with them, complete a brief form when they arrive and then I believe that the health system will be tracking data of who has been vaccinated because that could become important in the future.”

The Northwestern College president says having the student body get vaccinated will lead to the end of face coverings, quarantines and social distancing and a return to a more normal campus experience.

State officials are also sending Johnson and Johnson vaccine doses to Dordt University, the University of Iowa and Des Moines Area Community College for mass vaccination clinics next week in Sioux Center, Iowa City and Ankeny. Yesterday, Governor Reynolds said the plan is to send more of the single-dose vaccine to other college and universities so students can be vaccinated before they leave campus for the summer.