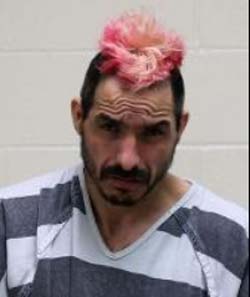 The man wanted for last week’s murder of a Mason City man was arrested on Monday afternoon after a standoff with authorities in Algona.

The Mason City Police Department says at around 4 o’clock, 38-year-old Benjamin Gonzalez was taken into custody on a first-degree murder warrant. He’s accused of the shooting death last Wednesday night of 36-year-old Michael Creviston in the area of 3rd Northwest and North Jefferson.

Gonzalez is being held in the Cerro Gordo County Jail on $1 million cash-only bond pending an initial court date.

Police are still seeking more information about the case, and if you have information, you are asked to contact the Mason City Police Department at 641-421-3636.