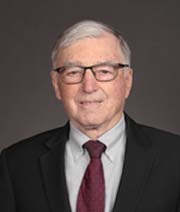 The Iowa legislature has voted to set up a state funding source for an automated system that lets law enforcement and victims track the evidence kits used to prosecute rapists.

“These are horrendous crimes and we certainly do need to do what we can to address them,” Senator Julian Garrett of Indianola said.

The Iowa Attorney General’s office is currently using a nearly $800,000 grant for the system that records information about rape kits when evidence is collected at a hospital to when the evidence is processed at the state crime lab and, finally, when the evidence is turned over to a police or sheriff’s department. The federal money for the system runs out in 2023. The bill would keep the system operating by using a combination of criminal fines paid in Iowa courts and a percentage of what Iowa prison inmates earn by working at private sector jobs.

“This will allow victims, county attorneys and any entity with custody of a test kit to track it,” Garrett said. “…Victims must be notified before a kit is disposed of.”

“I do think we need to do a better job of tracking our rape kits,” Petersen said.

A state audit in 2017 revealed Iowa law enforcement agencies had 4200 untested evidence kits for alleged sexual assaults. By 2020, about 62% of those kits had been processed and the state crime lab’s average testing period for a rape kit had been reduced to 46 days.