You are here: Home / Health / Medicine / ISU survey examines alcohol use by women during pandemic 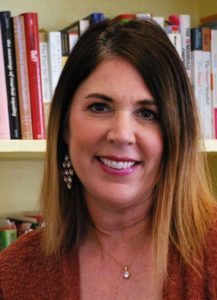 “It’s really troubling because drinking among women had already been on the rise for a number of years and their levels of drinking are now almost matching those of men,” Stewart says. “I don’t think that’s gotten a lot of attention and to find they’re drinking even more than that is a real concern.”

Some sunny day when COVID is no longer a concern, is it possible these numbers will drop back to where they were before the pandemic, or will drinking now be a more permanent fixture — and problem — for women?

“We don’t know yet, as researchers, the extent to which this is going to be a temporary blip,” Stewart says. “I hope so, as the pressures become less on women, because we know that the pandemic has taken a particular toll on women in terms of having to do home schooling, and working from home, and taking care of children, and things like that.”

Stewart says there are persistent barriers to women getting treatment for alcohol overuse, further complicating the troubling trend of women’s increased alcohol use.
“Because women are responsible for the care of the family, they might feel like they don’t have the time to even address their substance use issues,” Stewart says, “or they worry that their children might be taken away, or that they’ll be perceived as a bad mom if they reach out for help.”

The report revealed married women displayed the greatest increases in alcohol use compared to other women during the pandemic. The ISU study focused on alcohol and women in the past year, but were men asked about their drinking habits since COVID arrived?

“I didn’t but there have been a number of studies published at the national level of both men and women and they’re finding the same thing,” Stewart says. “They’re finding upticks in drinking, binge drinking, problem drinking, since the pandemic. This is not an issue that’s just exclusive to women.”

The study was published in the peer-reviewed Journal of Gynecology and Women’s Health.