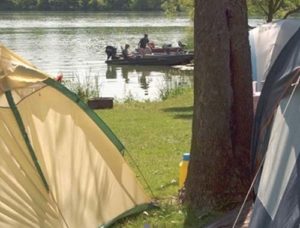 The DNR is rolling out new pricing for parks and campgrounds. (DNR photo)

The Iowa Department of Natural Resources is rolling out a new pricing system for the state parks and campgrounds.

Parks Bureau Chief Todd Coffelt says it’s in response to a law passed by the Iowa Legislature giving the DNR the authority to set the pricing.

“The law didn’t say raise all the prices. The law said we’ll give you the tools to make the decision that is necessary,” Coffelt says. “So on an annual basis we will be comparing these and we’ll be coming back with plans every year as we report to the legislature. We are going to see how the response is.”

Coffelt says they have to look at similar attractions within 60 miles of the state facilities and see if their prices are comparable. He says they sorted everything into four tiers — with tier one being the facilities that see the fewest visitors each year.

“The first tier where the use is down we actually lessen the price to get people to go there, to make it more attractive,” he says. Tier four facilities have the most use and often the most amenities, and Coffelt says they will likely see an increase.

“So when you add in the amenities of your own pedestal for electricity, your own hydrant for water, and your own connection for greywater, that’s where you are going to see the price increase in those more popular areas,” Coffelt says.

State parks were shut down for a time by the pandemic — and once back open — 2020 set a record of more than 16 million visitors. Coffelt says people were looking to get out of the house in the pandemic and that seems to be continuing.

“Our March numbers for this year, relatively speaking, they are double what they were last year,” Coffelt says. “So people are getting out, we’ve had nice weather, The public has the equipment, and they’ve seen the value of being able to get outside and spend time with family We are going to be busy. And we are excited by it.”

Coffelt thinks people will understand if the cost to go to their favorite park or campground increases, as that money is going back into the facilities. “We haven’t raised them for 21 years. This is going to allow us to do things to care for the resource that we haven’t been able to do because they weren’t a high enough priority,” he says. “And we are really going to take a look at how the public is using them. Options could be more staff, options could be improvements. We’ll have to take a look at that. We are just getting started.”

Coffelt says one good thing that came out of the pandemic is people became more aware of the parks last year. “It was our hundredth anniversary last year, and so we had the greatest plan ever to get people to come to the parks moving up into it,” Coffelt says. “Then all of a sudden the pandemic happened and we put the plan on the shelf and more people came to the parks than we could ever have anticipated. On one hand, it happened, on the other hand, it didn’t happen the way we thought it would.”

Coffelt says the cost changes for each facility are listed on the iowadnr.gov website. Click on the “Places to Go” tab.