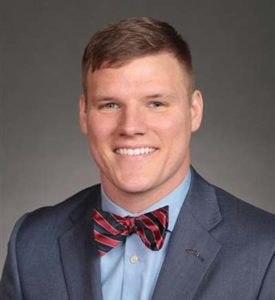 A plan emerging from the Iowa House would provide $750,000 in grants to help small meat lockers with fewer than 50 employees expand.

In addition to the money, a bill that’s passed the House would set up a task force to study creation of an artisanal butchery program at a community college or Iowa State University.

“Many of us remember walking into our grocery stores, only to find empty meat cases,” Thompson said. “…We saw outbreaks and closures of some of our larger meatpacking plants and a supply chain that struggled to keep up with demand.”

The proposed state grants could be used to buy more space or equipment, like refrigerators and freezers, for meat lockers. The money is included in a separate bill for the Iowa Economic Development Authority, the state agency that would hand out the grants. Representative Chris Hall of Sioux City said there’s a definite need, since many Iowa meat lockers aren’t taking orders until 2022 or 2023.

“Past that, I think that it speaks to a greater interest in our state and many other places the where people are looking to find a connection to local agriculture,” Hall sad, “and to know where their food comes from.”

Representative Chad Ingels, a farmer from Randalia, is the bill’s sponsor.

Nebraska’s legislature is considering a different route to expanding consumer access to local protein. Nebraska’s bill would let consumers buy shares in live animals, the livestock would be slaughtered and processed by a custom butcher and the meat would not be subject to federal inspection.