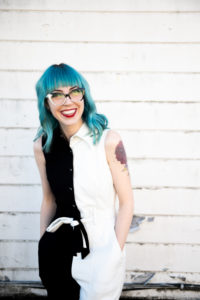 A music documentary about a rock band that approached the brink of stardom as the music industry went digital will be featured at the Julien Dubuque Film Festival which opens Sunday in that northeast Iowa city.

Chelsea Christer, a filmmaker from San Francisco, will be in Dubuque for the festival to host question-and-answer sessions at screenings of her film, “Bleeding Audio,” which follows the band, The Matches.

“It uses their story to dig a little deeper into what was going on in the music industry in the early 2000s,” Christer says. “The story is a portrait of hope and redemption for bands that have tried and maybe failed in their mind and it also is just a beautiful look into the community of fans that music can create.”

The Matches built a sizeable fan base and toured internationally at a time when the free sharing of music via the internet was exploding, which made it extremely challenging for musicians to survive, let alone break through.

“Artists weren’t getting money for their actual music, they weren’t making money on their art, so touring was this amazing opportunity for artists to make a living,” Christer says. “The thing with touring is that it’s not really sustainable. It’s very difficult and trying on the artists, both physically and mentally. I really do feel like the pandemic and COVID exposed how unsustainable touring was.” 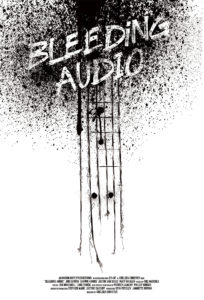 Live music and in-person film festivals are just starting to return now, and both are things Christer says she’s been craving, especially the opportunity to put her documentary in front of an auditorium full of moviegoers.

“That live, in-person experience at a movie theater, that energy exchange, witnessing an audience watch your film,” Christer says. “When you work on something like I have for six years, you pour all of your energy into this piece of art and you hope to kind of gain that energy back in a theater with other people. I made this film as a conversation starter and I’ve been wanting to have conversations with people.”

“Bleeding Audio” is up for a top award at the festival, and when Christer learned it would also be screened in Dubuque three times in front of live audiences, she booked her flight from California.

“I’ve been sitting at home for a year and I’ve earned this one,” Christer says, laughing. “I’m really excited to come to Dubuque and see the movie in theaters and engage with the audiences there and talk to them, talk about my film, and hopefully connect with other fans of film and filmmakers.”

“Bleeding Audio” had its world premiere on March 7th of 2020, which Christer says was when the “world started to shut down” due to COVID. She says it’ll be a thrill to finally restart the process to show it off — beginning in Iowa.