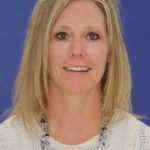 Drake director of athletics Brian Hardin announced Pohlman’s hiring. A formal introduction of the seventh women’s basketball head coach in Drake history will follow on Monday, April 26 at a time and location to be announced.

Pohlman has been a member of the Drake staff since 2007 and elevated to associate head coach in 2014 by then-head coach Jennie Baranczyk. Last week, Baranczyk accepted the head coaching position at Oklahoma after nine seasons at Drake.

“Allison has been a critical part of our women’s basketball program’s success. Throughout this process, it became incredibly apparent that in addition to her proven record of achievement as an assistant, she also possessed the perfect combination of vision, drive and leadership to continue the ascent of our program as its head coach,” Hardin said. “Her passion for our program, University and student-athletes is unrivaled. Allison’s values align perfectly with our athletic department and I know she will continue the Drake women’s basketball tradition of developing strong women leaders both on the basketball court and in life.”

Pohlman has been a member of the Drake staff since 2007.

“This truly is a dream come true,” Pohlman said. “I’ve always held Drake in the highest regard and every day I am reminded of the prominence of this program as I walk through the Knapp Center and see the tradition displayed on those banners. I’m grateful to President Martin and Brian Hardin for having the faith and trust in me to continue that tradition. I’m ecstatic about not only this opportunity, but the people I get to do it with. It was an honor to work with Jennie to create the success we had and I’m thankful to have the opportunity to build upon that success.”

Before joining the Drake staff, the Wellsburg, Iowa native spent seven seasons on staff at UNI and served as the Panthers’ associate head coach during the 2006-07 campaign. She began her coaching career as a graduate assistant at UNI in 2000-01 before being elevated to an assistant coach for the following season at her alma mater.

As a player from 1996-2000, the former Allison Starr, was one of the top student-athletes in UNI history as the centerpiece in the rejuvenation of UNI women’s basketball under retired head coach Tony DiCecco. In 1997, she was named to the MVC’s All-Freshman team. In each of her final three seasons, she was named All-MVC First Team and to The Valley’s All-Defensive Team.She was runner-up to Jackie Stiles for the MVC’s Player of the Year award in 2000 and named The Valley’s Defensive Player of the Year.