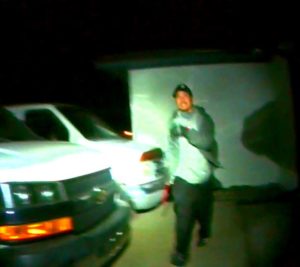 A day-long manhunt following a pursuit that started in South Sioux City and ended up near Holley Springs ended when a police dog found the suspect.

Woodbury County Sheriff Chad Sheehan says the man who was driving the vehicle was found in a creek bed Monday afternoon. He says the man was found just north of Hornick after they sent more deputies and a dog to the area, and the dog found the man.

The man is identified as 30-year-old Edgar Vanegas-Sanchez of Colorado. Police say he was driving with passenger, 24-year-old Zachary Broken Leg, after they fled the scene when an officer saw them trying to steal the catalytic converter from a car in South Sioux City. 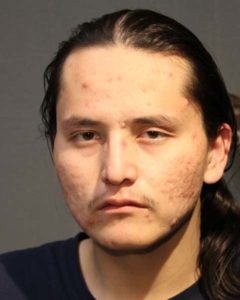 The car ran over the foot and struck the officer as they fled, and both men later abandoned the car after crashing near Holly Springs. Broken Leg was caught, but Venegas-Sanchez stayed hidden for 12 hours before being discovered in the creek.

The Sheriff says Venega-Sanchez did the best he could to hide himself in the creek bed — but the dog found him — and he suffered some superficial injuries from the dog. Vanegas-Sanchez is charged with second-degree theft, felony eluding, interference with official acts, possession of burglary tools and drug paraphernalia.

Broken Leg is charged with interference with official acts, carrying a concealed weapon, possession of meth, drug paraphernalia and burglary tools. The police officer was treated and returned to duty.