You are here: Home / News / IDPH director, who has blood clotting disorder, ‘just fine’ after getting Johnson and Johnson shot 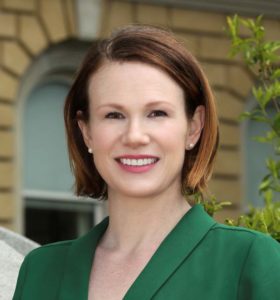 The head of the Iowa Department of Public Health says her own experience with one of the Covid vaccines shows adverse reactions are incredibly rare.

During a forum with AARP members yesterday, Kelly Garcia talked about getting the single-dose shot of Johnson and Johnson vaccine in March. It’s the vaccine that’s been on pause after six cases of blood clotting were identified among the seven million doses given.

Garcia cited European officials who’ve lifted their pause on the Johnson and Johnson vaccine because the benefits of the vaccine far outweigh the risk of blood clots.

“There are side effects in nearly every drug that we take to treat anything,” Garcia said, “but what I want to remind folks is that this is unbelievably rare and the pause was really centered around equipping physicians to recognize if someone had this condition and treat them appropriately.”

The Iowa Department of Public Health’s website shows more than 930,000 Iowans have completed the two-shot series of either the Pfizer or Moderna vaccine and Garcia said that’s almost half of Iowa’s adult population.