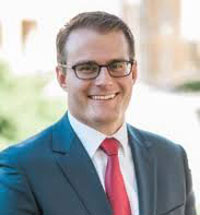 Former Iowa Hawkeye and retired NFL star Dallas Clark will join Iowa Lieutenant Governor Adam Gregg in Sioux City this afternoon and both will get Covid-19 shots at a pop-up vaccination clinic.

In his final season as a Hawkeye, Clark was named the best tight end in the country. In 2003, Clark was drafted by the Indianapolis Colts. He was on the Colts team that won the Super Bowl in 2006 and he retired from pro football in 2014.

Clark, who went to high school at Twin River Valley in Bode, is 41 years old. Lieutenant Governor Adam Gregg is 37. Their joint public appearance in Sioux City to be seen getting shots in their arms is part of an effort to encourage more Iowans to be vaccinated.

The pop-up vaccination clinic is being held at the Expo Center in Sioux City. HyVee is scheduling appointments online, but walk-ins are also welcome during the event, which starts at noon and ends at 2.