You are here: Home / Crime / Courts / Officers who fired on suspect in Trooper’s murder cleared 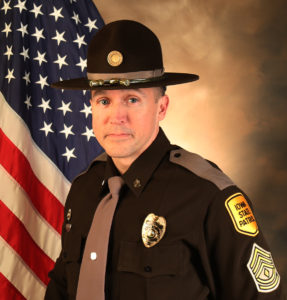 The Iowa Department of Public Safety says four officers who fired on the man accused of killing a State Trooper on April 9th have been cleared by the Iowa Attorney General’s office.

Troopers later used an armored personnel carrier to enter Lang’s home and he was hit three times by officers after they say he fired on them. The 41-year-old Lang was hospitalized until April 21st when he was released and charged with first-degree murder, attempted murder, and assault on a peace officer.

All of the officers who fired at Lang were on administrative leave while the Attorney General investigated the shooting. The report says the officer’s actions were “justified and reasonable.”