You are here: Home / News / Reynolds says security fence at governor’s mansion ‘right thing to do’ 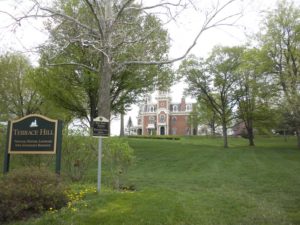 Terrace Hill currently has no fence around it.

The Iowa Department of Public Safety today revealed it is using $400,000 from its current budget to install a security fence around the governor’s mansion in Des Moines.

Late last Friday, the agency cited repeated and alarming threats to Iowa officials, including the governor, in announcing that a fence would be installed around the perimeter of the property by this summer.

Today, during a news conference, Governor Kim Reynolds said many states took that step two decades ago, after the September 11th attacks.

“I respect the Department of Public Safety and their really encouragement to get that done and I think it’s probably the right thing to do,” Reynolds said.

Reynolds and her husband, Kevin, are the current occupants of the third floor apartment in Terrace Hill. The Victorian-era mansion was restored in the 1970s and became the official residence of Iowa governors. 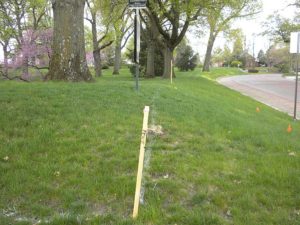 Stakes and lines mark the location of where the Terrace Hill fence will be.

“Nothing will change. It’s still the people’s house and we’ll continue to do tours and it will continue to be open,” Reynolds told reporters. “But, you know, I’m not going to second guess their recommendation to have it done, and obviously every other state but one or two have made that same decision.”

Public Safety officials cite the recently foiled attempt to kidnap Michigan’s governor as one of the reasons to enhance security at the governor’s mansion in Des Moines. 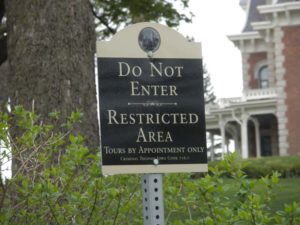 A spokesman for the agency said the fence will be made of wrought iron, to match the architecture of Terrace Hill and construction will begin late this spring or early summer.