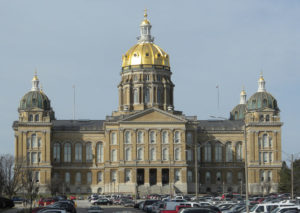 For the second time this year, the Iowa Senate has voted to remove the time limit for filing criminal charges against people accused of sexually abusing children.

Under current law, victims of child sex abuse have until their 33rd birthday to file criminal charges. Senate President Jake Chapman, a Republican from Adel, said criminals should always be held accountable.

“Whether it’s five days from the time of their crime or 50 years from the date of the crime, someone who has committed sexual abuse against a minor should not get a free pass simply because within an arbitrary deadline,” Chapman said.

“There’s a group of Iowans who have not received the protection they deserve,” Chapman said, “and while we are too late for many Iowans, it’s never too late to do the right thing.”

Senator Janet Petersen, a Democrat from Des Moines, has been trying for years to get rid of this time limitation on criminal charges as well as the one that forbids child sex abuse victims from filing civil lawsuits seeking damages once they’ve reached their 33rd birthday.

“The line in the sand is based on someone’s birthday,” Petersen said, “…the line drawn on justice.”

Senators unanimously voted to attach the legislation on criminal charges for child sex abuse to a different bill after their original bill on the subject failed to pass the House. It’s now up to the House to decide whether this proposal becomes law in 2021.