You are here: Home / Fires/Accidents/Disasters / Charges filed in 2020 fatal boating accident near LeClaire 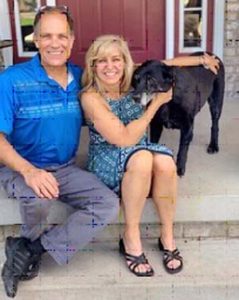 The Iowa Department of Natural Resources has filed charges against a Pleasant Valley man in connection with a fatal boat accident on the Mississippi River near LeClaire in August of 2020.

Thiel was also charged with two aggravated misdemeanor counts of involuntary manslaughter, one count of reckless use of a watercraft, and one count of operation of an unregistered watercraft. Graves says Thiel allowed a minor to drive the boat, and the minor was driving when the accident happened.

The 51-year-old Pinc was a doctor who died at the scene of the accident. Verbeke was 61, and died three days later. The couple was from Moline, Illinois, and were engaged.

(Photo courtesy of the DNR)