You are here: Home / News / Iowa to become 14th state to get rid of time limit for filing criminal child sex abuse charges 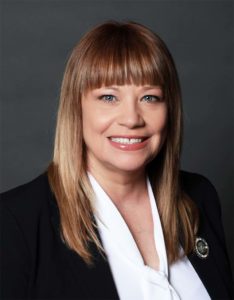 The Iowa House has given final approval to a bill that immediately removes the time limit for filing criminal charges against people accused of sexually abusing a child.

During House debate today, Representative Cherielynn Westrich of Ottumwa spoke publicly for the first time about the abuse she suffered as a child.

Westrich said this law change gives victims a chance to get justice.

“As a small child, I was sexually abused by a babysitter. It was something that I felt a lot of shame for. I was very confused. I was afraid to speak out, but I told my parents, but I wasn’t believed — at that time,” Westrich said. “They’ve since come back and apologized. My mother has cried many nights that she didn’t believe me.”

As a teenager, Westrich was part of a group who were supporting a friend who had been sexually abused and Westrich said that’s when  memories of her own abuse returned. Her siblings also remembered being the babysitter locking them out of the house so he could be alone with her. Westrich asked her colleagues to think about all the victims of child sex abuse as she spoke on the House floor today.

The legislator who spoke next thanked Westrich for having the courage to tell her story in a public forum and then expressed the hope it would inspire other victims to come forward and press charges.

Under current state law, child sex abuse victims must contact authorities before their 33rd birthday to file criminal charges or sue their abuser. The bill only deals with the statute of limitations for criminal charges. While the bill passed on an 84-2 vote, critics argued it’s time to lift the time limit on civil lawsuits as well, so victims can sue institutions that knew about child sex abusers, but did not act to prevent them from targeting other children.