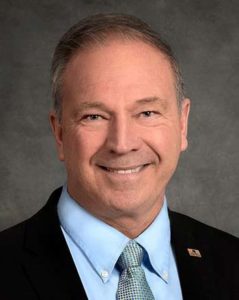 As members of Congress weigh the merits of President Biden’s two-trillion dollar infrastructure plan, a report shows Iowa has nearly 1,800 bridges in need of repair or replacement.

Hill says having a reliable infrastructure system is vital to the agricultural industry.
“Farmers buy everything retail and sell everything wholesale,” Hill says. “So, the inputs that we bring into our farms, fertilizer and diesel fuel and steel, in terms of our equipment, everything is transported and farmers will have to pay the cost of that transportation.”

The Biden infrastructure proposal is massive and Hill says it contains some promising elements. “But then there’s some features of that bill that are concerning,” Hill says. “There has been, for a very long time, a need for an infrastructure bill but I’m not so certain about a tax increase attached to it.”