You are here: Home / News / Legislature votes for alcohol sales to begin at 6 a.m. on Sunday 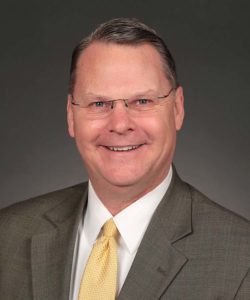 The Iowa House and Senate have voted to let alcohol sales start two hours earlier on Sunday mornings, “creating uniformity across each of the days of the week,” Senator Craig Johnson of Independence said.

Under current law, a business has to get a special permit to sell alcohol on Sundays, and can’t sell booze before 8 a.m. The bill that passed the House and Senate last week would let Sunday sales begin at 6 a.m. Before 1973, alcohol sales were not allowed in Iowa on Sundays. It wasn’t until 1992 that beer, wine and liquor could be sold before noon on Sundays.

In legislative action this week, Senate Republicans have scheduled a subcommittee hearing today on legislation that would implement the tax plan Republican Governor Kim Reynolds introduced last week. Republicans in the House continue to oppose part of the plan that would cut some property taxes and have the state take over paying for the mental health system.

“We feel strongly about a lot of the positions that we’re taking,” House Speaker Pat Grassley told reporters, “or obviously we wouldn’t have taken them.”

On Friday, Representative David Maxwell, a Republican from Gibson, expressed his frustration over a House bill that the Senate twice sought to change.

“One of the most important things that I think legislators need to have is common sense,” Maxwell said, “and the thing that I have figured out working on this bill is there’s not a whole lot of common sense in this building and there’s virtually none across the rotunda.”

Maxwell’s slap at the Senate drew laughter and clapping from other House members.