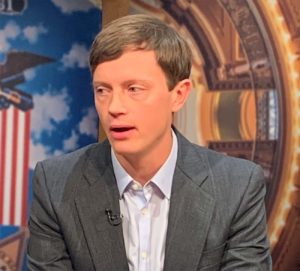 State officials have approved a $135,000 settlement to a former state employee who alleged she was sexually harassed by her boss at the Woodward State Resource Center, the state-run facility for residents with intellectual disabilities.

The State Appeal Board approved the settlement yesterday, but State Auditor Rob Sand, a member of the board, voted no. He said the former supervisor who committed the harassment should be held accountable, not Iowa taxpayers.

“We need to be making efforts to change the way we handle these because if we do that, we can prevent sexual harassment and protect taxpayers,” Sand told Radio Iowa. “I’m not going to support the status quo.”

In 2019, Sand also opposed having the State of Iowa use more than $4 million in taxpayers’ money to settle two sexual harassment lawsuits brought against the former director of the Iowa Finance Authority. The governor already had fired Dave Jamison over the allegations.

“The current process for settling these I just think is inadequate. We have got to make sure that taxpayers aren’t paying for people’s sins,” Sand said yesterday. “We need to hold people personally accountable when they do this kind of thing. That’s the only way we’re going to discourage the action. It’s the only way we’re going to prevent future acts of sexual harassment.”

The state’s solicitor general argued settling Jamison’s case was in the best interest of the state because it avoided what could have been a costly trial and also respected Jamison’s victims.

In this latest case, Maria Hernandez filed a lawsuit accusing Joel Taylor, her supervisor at the Woodward Resource Center, of retaliating against her after she accused him of sexual harassment and discrimination. The state admits no wrongdoing in settling the case and is paying Hernandez more than $80,000. Her attorneys will be paid about $55,000.