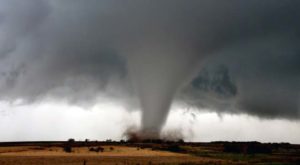 Not that anyone’s complaining, but tornadoes have been very scarce in Iowa so far in 2021.

This weekend marks the half-way point of our severe weather season, as April, May, and June are the prime months for thunderstorms and twisters. Meteorologist Craig Cogil, at the National Weather Service, says we’ve only had two tornadoes so far this year, both in eastern Iowa.

“We’d typically see about 12 or 13 by this point, so it’s been really quiet,” Cogil says. “We have been relatively at or below normal temperatures for long stretches here so that certainly has tampered some of the tornadoes that we’d normally see at this time of year.”

Rain is back in today’s forecast and while Cogil says thunderstorms are possible this weekend in Iowa, the threat of severe weather remains small. “We will see some rain move in but there’s just not much instability with it and even with the chances that we see over the weekend and into early next week, there’s just not a whole lot of instability and sheer that we’d normally like to see for tornadoes,” Cogil says. “Really, the threat for tornadoes remains low for the next several days.”

With the arrival of warmer temperatures in the coming weeks, he says we’ll need to remain vigilant for storm development. “We are seeing at least some signs of a shift as we head into the latter part of next week, maybe into late May where it does become a little more active, which we’d normally anticipate at this time of year anyway,” he says. “There are some signs that it may become more active here in the next week or two.”

Iowa saw a total of 28 tornadoes touch down last year, which is well below the average number of around 50.