You are here: Home / Crime / Courts / Prosecutor in Mollie Tibbetts case: Only one possible conclusion, Rivera is guilty of murder 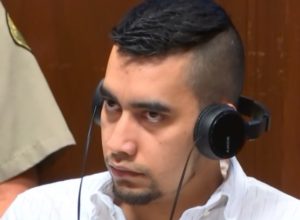 Prosecutors are calling their first witnesses in the murder trial of 26-year-old Cristhian Rivera, the farm worker accused in the 2018 stabbing death of Mollie Tibbetts. The 20-year-old University of Iowa student vanished that July while jogging in her hometown of Brooklyn, Iowa.

“As they scoured that video for any other clue as to Mollie’s disappearance, they noticed a certain vehicle appearing again and again and again,” Klaver says. “It was a black Chevy Malibu. That’s a common make and model, but this one was unique.”

Given the vehicle’s special modifications, authorities determined the Malibu belonged to Rivera, found him and questioned him about Tibbetts. 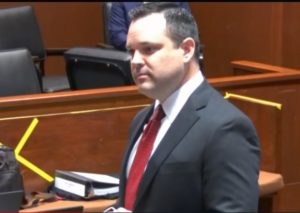 During questioning, Klaver says Rivera initially had denied knowing anything about Tibbetts’ disappearance, but opened up once he was shown photos of his vehicle from the surveillance video.

“He admitted to jogging to catch up with her, that he wanted to get close to her,” Klaver says. “He admitted that Mollie didn’t want to have anything to do with him, that she threatened to call the police and he admitted he became angry at that time. He admitted to fighting with her.”

Klaver says Rivera claims he doesn’t remember anything more about the confrontation and the next thing he recalls is driving in his car. He said he found Mollie’s earbuds in the car, which triggered his memory.

Klaver says Rivera led deputies to Tibbetts’ body in the field. The autopsy found Tibbetts had been stabbed seven to 12 times in multiple parts of her body and head, and authorities say her blood was found in Rivera’s car. Klaver wrapped up his opening statement to the jury by saying there’s just one possible verdict they can reach.

“Ladies and gentlemen, when you examine this evidence together, there can be no other conclusion than that the defendant killed Mollie Tibbetts,” Klaver says. “I’ll ask you to return a verdict, the only verdict that the evidence demands, that you find the defendant guilty of murder in the first degree.”

Rivera’s defense attorneys declined making an opening statement. The trial is underway at the Scott County Courthouse in Davenport. It’s expected to last about two weeks.