You are here: Home / Agriculture / New head of NRCS has long Iowa history 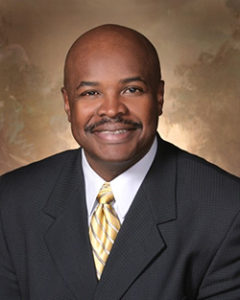 The U.S. Department of Agriculture announced this week the appointment of Terry Cosby as Chief of the Natural Resources Conservation Service.

Cosby started his career with the agency in 1979 as a student trainee in Iowa and later led the Iowa NRCS.

Iowa Farmers Union President Aaron Lehman says he’s thrilled to have someone who understands Iowa’s farmers and their conservation needs taking the helm.

“We’re very happy that that experience, that Iowa experience with what Iowa farming is like and what the Iowa landscape is like, that’ll be very good experience going into this position,” he says.

Lehman says he’s encouraged the Biden administration is talking about its climate role in terms of promoting the conservation of soil and water through wise stewardship.

“So many of our best conservation practices are actually really good on climate issues as well,” Lehman says. “Trying to bring that focus, that soil health focus to all of these efforts should mean good things for our Iowa landscape.”

He notes the new NRCS chief has experience in conservation as a farmer, a sportsman and state conservationist which should help him in his new job.