Firefighters on the scene of the Orange City fire.

The fire started at about 9:30 p.m. and firefighters were at the scene for more than 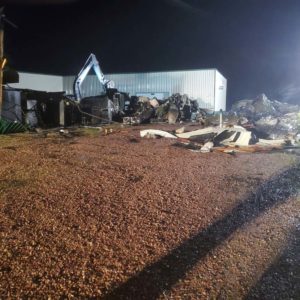 The Keizer Aluminum Wheel Company after the fire.

Orange City Fire Chief Denny Vander Wel says he isn’t certain as to what may have caused the fire, but he estimates damage to be in excess of four million dollars with the building and manufacturing contents all destroyed.