You are here: Home / News / Politico report: Finkenauer may run for U.S. Senate in 2022 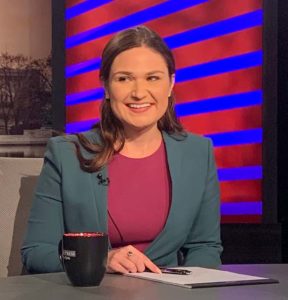 Former Iowa Congresswoman Abby Finkenauer, the Democrat who lost her bid for a second term in the U.S. House last year, is reportedly considering a run for the U.S. Senate.

Finkenauer lost her 2020 race in Iowa’s first congressional district by about 2.5% or a little less than 11,000 votes. According to Politico, two unnamed sources indicated Finkenauer is laying the groundwork for a U.S. Senate race in 2022.

Republican Senator Chuck Grassley’s seventh term ends in early 2023. The 87-year-old has said he won’t announce until this fall whether he plans to run for an eighth term and put his name on the 2022 ballot. Finkernauer, who lives in Cedar Rapids, would face a Democratic Primary if she does run for the Senate. Western Iowa farmer Dave Muhlbauer of Manilla launched his 2022 U.S. Senate campaign this week. Other Democrats are considering the race, too.

State Auditor Rob Sand recently told the Carroll Times he will not run for the U.S. Senate, but is still considering a race for governor or for re-election to a second term as state auditor.