You are here: Home / News / Atlantic sale will feature many Coca-Cola items 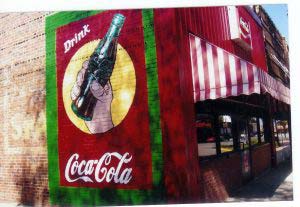 Rare collectibles from around the globe that were on display at the Coca-Cola Center and Museum in Atlantic will be sold today and tomorrow as part of a city-wide garage sale.

The museum closed in 2020, in part, due to concerns over COVID-19. Museum volunteer Christi Garrett says when museum owner Margaret Slepsky died in June of 2020, she and the other volunteers could no longer keep it running.

Items that were loaned to the museum by Coke collectors have been returned, but everything else that was donated will have a price tag on it. “There’s anything from Coca-Cola playing cards to sporting equipment that has the Coke logo on it,” Garrett says. “We have Coca-Cola trays. We have Coca-Cola glasses. We have some really interesting bottles and cans from different states and different countries.”

Museum volunteer Charlene Johnson says there will also be some non-Coke-related items for sale. “Everybody can afford these things,” Johnson says. “If you have a man cave or a garage you’d like to decorate, this is where you need to come because we have many, many items.”

The building has housed the Coca-Cola Center and Museum since 2011. Display cases, shelving, and other items will also be sold today from 1 to 6 p.m. and Saturday from 8 a.m. to 1 p.m. There are four rooms and hallways full of items to view and purchase.

The idea for the museum started as a way to promote Atlantic, expanding on an existing annual festival, Coca Cola Days, which brings Coke collectors from all over on the 4th weekend of September.