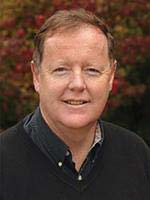 ISU economist Dermot Hayes says without any changes, the ruling will lead to a cut of more than $80 million in income for small pork producers.

“We were expecting those plants to be at capacity this fall so those extra hogs are going to have to find a home,” Hayes says. “Packers will have to cancel contracts with producers and push those hogs out and they’ll be transported a couple of hundred miles to a plant that is willing to take those hogs, but of course, at a discount.”

Hayes says the new regulations go into effect July 1st, but plants won’t start reaching capacity until September, October, or November — which is when the forced slowdowns will hit.

“Four or five of the plants have been running at these line speeds for 20 years,” Hayes says, “so it’s not a short-term decision that caused this. It’s one of those laws of unintended consequences. We’ll see it this fall when we traditionally get the most hogs going through the pipeline.”

Hayes says if the agency plans to appeal the court’s decision, it’ll need to act quickly.
“The decision that the U.S. Department of Agriculture made to allow higher line speeds under the Clinton administration, the judge just didn’t think they had done a good enough job documenting the impact on worker safety,” Hayes says. “One outcome would be for the U.S.D.A. to appeal and ask for some time to document the impact on worker safety, if any.”

The National Pork Producers Council is urging the U.S.D.A. to appeal the decision. NPPC president Jen Sorenson says the lives of many hog farmers will be upended if the ruling takes effect.