The Iowa Board of Corrections has approved the hiring of two new prison wardens, including one at the Anamosa State Penitentiary where two staffers were killed in March.

Incoming Anamosa warden Kristofer Karberg most recently worked for the South Dakota Department of Corrections. He was part of the team that reviewed the facility after a correctional officer and a nurse were murdered.

“I was down in Anamosa back in April. I was the group that came in down there and I know it’s not an easy assignment,” he said. “I’ve never have asked for an easy assignment. I’m definitely looking forward to the challenge of coming to work there.”

Two Anamosa prisoners have been charged with murdering the two staff members during an escape attempt in late March. In early April, the warden of the Iowa State Penitentiary in Fort Madison was temporarily assigned to oversee the Anamosa facility. The new Anamosa warden said he’ll be an observer in his first days on the job.

“Kind of want to get a finger on the pulse of how everybody’s doing and how they’re feeling about the place,” Karberg said during today’s Iowa Board of Corrections meeting. “…I don’t want to come walking in there, acting like I’m going to make these sweeping changes right out of the gate. I do have a few ideas after being there (for three days), some things I noticed that I think would definitely help in improving the safety and security of the facility.”

For the past nine years, Karberg has been the deputy director of a state prison in Springfield, South Dakota and, in the five years before that, he was the commander of external security at the U.S. Embassy in Kabul, Afghanistan.

“Basically 4000 employees and diplomats or any casualties while I was working there,” he said. “In 2011 we had an actual terrorist attack while I was working, a 20-hour siege by some Taliban. We were able to neutralize the threat. None of them actually breached our perimeter at all and everybody was saved, so I’m very proud of that.”

Iowa Department of Corrections director Beth Skinner said things are “gradually transitioning” back to normal at the Anamosa prison.

“But with that said, it’s going to be a very slow, methodical process. Movements continue to be highly controlled,” Skinner said in a recorded message posted online last week. “We are making significant strides and changes around operations and security and I just want to thank the staff and the leadership at Anamosa. They have done a fantastic job making these changes.” 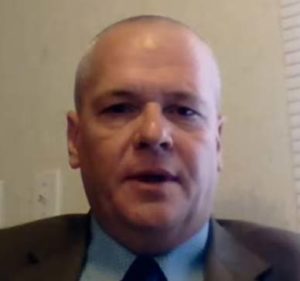 The other warden officially hired today will oversee the state prisons in Fort Dodge and Rockwell City. Nicholas Lamb worked in Illinois prisons for 26 years and has been a deputy warden at a New Mexico prison near the Mexican border for the past year.

“When I started in corrections I can honestly say I wasn’t a big programs guy, but over the years I’ve evolved,” he said. “We can’t just keep locking people up and forgetting about them. We’ve got to give them the tools to have a chance to succeed because it not only benefits the offender, it benefits the general public. I’ve seen the changes and the differences that can make.”

Lamb told the Board of Corrections he’ll do a “climate survey” of staff and offenders to learn about the facility and what issues may need immediate attention.