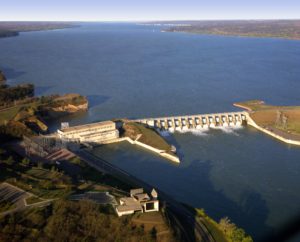 Drought conditions are expected to expand and worsen across Iowa when the new map is released tomorrow from the U.S. Drought Monitor. The continued hot, dry weather is being reflected in runoff predictions for the Missouri River.

Kevin Grode, with the U.S. Army Corps of Engineers in Omaha, says lower-than-normal runoff has persisted since last year.

“May runoff above Sioux City, Iowa, was 2.1 million acre feet, which is 61-percent of average,” Grode says. “This follows a very dry April. Soil conditions in the upper basin continue to be extremely dry during the mountain snowmelt and spring rainfall portion of the runoff season.”

Grode says the Corps’ overall runoff prediction will end up well below normal.

“The current dry soil conditions and NOAA’s latest outlooks calling for warmer-than-normal temperatures and drier-than-normal precipitation has resulted in the 2021 calendar year runoff forecast of 17.9-million acre feet, which is 69-percent of average,” he says.

Grode says they don’t expect much change until perhaps 2022.

“Given the dry soil moisture conditions, below average stream flow and the extended warm and dry climate outlook, we expect runoff to remain below average during the remainder of the calendar year,” Grode says.

The Corps is sending letters to water users all along the river, warning them of possible problems with low water access.