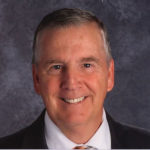 For the first time since 2004, the Iowa High School Athletic Association’s summer baseball championships will be conducted at two separate sites with Carroll’s Merchants Park and the University of Iowa’s Duane Banks Field serving as hosts.

Next month’s schedules and sites were approved by the Board of Control on Thursday. The one-year plans are pending formal approval by the City of Carroll and the University of Iowa.

“The last 15 months have been filled with changes and constantly-evolving plans, and this tournament is no exception,” IHSAA executive director Tom Keating said. “We’re excited to have two high-quality hosts in Carroll and the University of Iowa where our student-athletes can make memories and compete for state championships.”