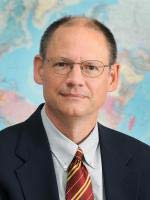 Iowans who’ve filed for unemployment benefits are no longer receiving an extra 300 dollars per week in federal unemployment payments.

Governor Reynolds ordered the change, which took effect Sunday. Iowa State University economist Peter Orazem says since Iowa is one of the first four states ending these payments early, it’s a bit of a “national experiment” on unemployment benefits.

“It will be a relatively unusual opportunity for us to see the extent to which those unemployment benefits actually matter for whether or not people are interested in accepting employment,” Orazem says.

Governor Reynolds and other Republicans have argued the $300 federal bonus — on top of the regular state unemployment benefits — has discouraged people from returning to work. Orazem says there’s been some research on what happened when the extra federal pandemic-related unemployment benefits dropped from $600 to $300 a week last summer.

“The change in labor supply behavior at that time was relatively modest,” Orazem says, “but of course that was in the middle of the surge in pandemic cases around the United States, so there were multiple things going on.”

Iowa’s unemployment rate for April was 3.8%. While that’s among the nation’s lowest, the total Iowa workforce is still lower than it was when the pandemic hit.

The other puzzling factor is that sectors of the Iowa economy, like construction, had more people working this spring than in the spring of 2019. The other change that took effect Sunday deals with the taxes Iowa businesses pay into the state’s Unemployment Trust Fund. Businesses that had pandemic-related layoffs were not being assessed a higher tax rate. That tax break ended yesterday.