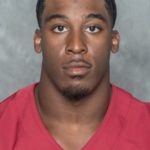 Kolar returns for his senior season as one of the best tight ends in the country. The two-time All-American and two-time First Team All-Big 12 choice, who was one of three finalists for the Mackey Award in 2020, is on pace to shatter virtually all tight end marks in Cyclone history.

Hall finished sixth in the Heisman Trophy balloting and was one of three finalists for the Doak Walker Award in 2020.

A native of Wichita, Kan., Hall returns for his junior season as one of the best ballcarriers in the nation. The 2020 Big 12 Offensive Player of the Year led the nation in rushing yards (1,572), 100-yard rushing games (9) and consecutive games with a rushing touchdown (12) in 2020.

Rose was the Big 12 Defensive Player of the Year and an All-Big 12 First Team recipient in 2020.

Rose, who has started all 38 games in his outstanding career, was named to multiple All-America teams in 2020 and has earned All-Big 12 recognition in each of his three seasons in Ames.

Newell, a native of Ames, Iowa, started all 12 games and was a First Team All-Big 12 recipient in 2020. He will enter his senior season with 26 career starts.