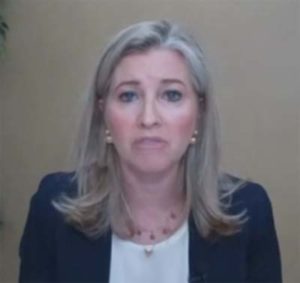 The head of a trade association representing the renewable fuels industry is urging lawmakers to ensure any national goals to reduce carbon emissions include ethanol and biodiesel. Growth Energy CEO Emily Skor says the path to a clean energy future should be “technology neutral.”

“We are well aware that electric vehicles are an important solution,” Skor says, “so are biofuels.”

A recent study led by a Harvard University professor found carbon emissions from corn-based ethanol are 46% lower than from gasoline.

“We have ethanol plants today that are producing cellulosic advanced biofuels which have significantly higher greenhouse gas reduction above the standard 46%,” Skor says, “and they also bring additional value to the markets, which always comes back to the farmer.”

“Those investments in infrastructure really help us have access to the markets and we need consumers to be able to access these low carbon renewable fuels in all 50 states at every fueling station,” Skor says. “We know that retailers need the incentive, the infrastructure support, so as we look, as congress looks at investing in all types of clean energy, we’ve got to make sure that we are incentivizing the use of low carbon biofuels.”

Skor made her comments this morning at U.S. Senate Ag Committee hearing about renewable energy. Bill Cherrier, the CEO of the Central Iowa Power Cooperative which serves customers in 58 counties, also testified. Cheerier said incentives rather than mandates are the best way to make the transition away from carbon-based fuels, “allowing the utilities to actually make the economic and reliability decisions.”

By 2030, Cherrier expects 60% of the Central Iowa Power Cooperative’s energy will come from wind and solar, but he said coal, natural gas, and nuclear power must still part of the mix due to the intermittent nature of wind and solar power.