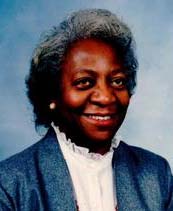 Iowa’s first African-American woman mayor has died. LaMetta Wynn, was elected mayor of Clinton in 1995, Wynn died recently at the age of 87.

Wynn served a dozen years on the Clinton School Board. After that, she was elected as the Clinton Mayor in three consecutive elections. As mayor, Wynn was recognized in Iowa and across the nation and attracted interviews for her place in Iowa history. Three Iowa governors also appointed Wynn to various state commissions. She also worked as a nurse at the local hospital for many years.

Wynn’s funeral will be held Saturday at the Church of the Open Door in Clinton.