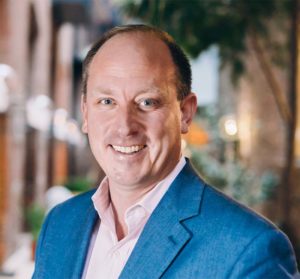 The Iowa Lottery has broken several records already with one month remaining in the fiscal year.

Lottery CEO, Matt Strawn, says the amount of money turned over to the state set one of the records. “Through May, the Iowa Lottery produced nearly 95 million dollars in proceeds. This represents a 30 percent increase in year-over-year proceeds performance,” Strawn says.

Strawn says the proceeds are well past the record $92.8 million for a full 12-month fiscal year. “These record proceeds are the result of Lottery sales that have surpassed 400 million dollars for the first time in the Lottery’s 36 years,” according to Strawn. “Through the first 11 months of the fiscal year, Iowa Lottery sales totaled 417-million-183-thousand-750 dollars. This represents a 24.5% increase in year-over-year lottery sales performance. This also eclipses the previous 12-month record for lottery sales — which was $390.8 million in F-Y 19.”

Strawn says prize payouts increased along with sales. “Through May, players won prizes totaling 265-million-864-thousand- 725 dollars. This pace has already surpassed the record $241.9 million in prizes that were paid to players in F-Y 19,” Strawn says.

Strawn says the pandemic is behind the massive increase in sales. “When Iowans found lottery tickets as a safe local entertainment option as they spent considerably more time at home. We of course anticipate that as consumer behavior continues to normalize — Iowa Lottery sales in the coming years and in the immediate future — will return to more modest growth,” he says.

The increase in sales was driven by the sale of scratch tickets — which will surpass 300 million dollars for the first time by the end of the fiscal year.