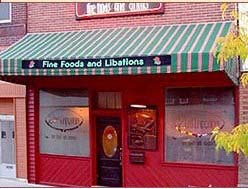 Today is the last day in business for a north-central Iowa eatery that’s been run by the same couple for more than four decades.

The Second Street Emporium in Webster City has been exceptionally busy since co-owner Candi Rector announced just last week that she and her husband, Scott, are retiring and the restaurant is closing. “Oh my gosh, it’s been crazy,” Candi Rector says. “We’ve had so many people come up to us and tell us either how happy they are for us or how upset they are that we’re closing. It’s been bittersweet.”

The restaurant has been home to birthday bashes, wedding anniversary parties, and visits by numerous celebrities and politicians over the years — including actor Dan Aykroyd and then-candidate George H.W. Bush. “We’ve had so many people come through these doors, a lot of good people who’ve passed away,” Candi Rector says. “We’ve had a lot of fun. The help that we’ve had have become such good friends to us. Even some of the customers have become really good friends.” Scott Rector says he’s looking forward to retirement.

“I’ve missed a few ball games and I won’t have to miss those anymore,” he says. “Candi and I might just jump in the car and go for a ride. Might take a couple of weeks.” The couple opened the restaurant 42 years ago, which Scott Rector says is a testament to the community. “That’s a big deal. 42 years is a long time. It’s a good part of any person’s life,” he says. “Webster City has been very kind to us.”

The restaurant is for sale.