You are here: Home / Crime / Courts / Person of interest in Waterloo murder now in custody 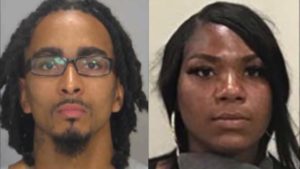 A woman who investigators believe may be connected to a fatal shooting in Waterloo has turned herself into authorities.

Earlier this week, officials identified 25-year-old Marcus Sykes as a person of interest in a May 15th shooting that killed 23-year-old Dayton Matlock and injured two women. At the time, authorities said they believed Sykes was hiding out in the Des Moines area with 23-year-old Shireca Wilson, who was wanted for crimes unrelated to the shooting.

According to Des Moines police, Wilson turned herself into Iowa City authorities on Tuesday. She has since been transported to the Polk County Jail. Authorities had issued warrants for Wilson’s arrest, charging her with second-degree burglary and willful injury.

Wilson has not been charged in connection with Matlock’s death. While investigating the homicide, Waterloo police discovered that Sykes was in possession of a firearm around the time of the shooting.

There is an active warrant for Sykes’ arrest, charging him with felon in possession of a firearm. As of Thursday, officials were still searching for Sykes. He’s described as a 5’9″, 135-pound black male with multiple tattoos on his body.

Anyone with information on where Sykes might be is asked to call 911 or Waterloo police at 319-291-4340. Additional Info: Tips can also be sent to Cedar Valley Crime Stoppers, which can be reached via phone at 855-300-TIPS or by texting “CEDAR” along with information to CRIMES (274637). Crime Stoppers of Central Iowa can be reached via phone at 515-223-1400 or online at CrimeStoppersofCentralIowa.com.